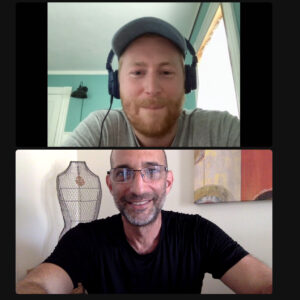 Writer, Director & Actor Taylor Olson brought his film “Bone Cage” to the Sherman Oaks Film Festival in 2021 and took home FOUR Grand Jury Awards, including Best Feature Film – Drama, Best Actor in a Lead Role – Taylor Olson, Best Performance by a Full Cast, and Best Cinematography, Feature Film for Director of Photography Kevin A. Fraser.  I had Taylor on the DIF podcast so of course I also had him answer the 4Qs above!